Geneva – The International Air Transport Association (IATA) released data for global air freight markets showing that demand, measured in freight tonne kilometers (FTKs), grew by 10.4% in the first-half of 2017 compared to the first-half of 2016. This was the strongest first half-year performance since air cargo’s rebound from the Global Financial Crisis in 2010 and nearly triple the industry’s average growth rate of 3.9% over the last five years.

Freight capacity, measured in available freight tonne kilometers (AFTKs), grew by 3.6% in the first half of 2017 compared to the same period in 2016. Demand growth continues to significantly outstrip capacity growth, which is positive for yields.

Air cargo’s strong performance in the first half of 2017 was confirmed by June’s results. Year-on-year demand growth in June increased 11% compared to the same year-earlier period. Freight capacity grew by 5.2% year-on-year in June.

The sustained growth of air freight demand is consistent with an improvement in global trade, with new global export orders remaining close to a six-year high. However, there are some signs that the cyclical growth period may have peaked. The global inventory-to-sales ratio has stopped falling. This indicates that the period when companies look to restock inventories quickly, which often gives air cargo a boost, may be nearing an end. Regardless of these developments, the outlook for air freight is optimistic with demand expected to grow at a robust rate of 8% during the third quarter of this year.

“Air cargo is flying high on the back of a stronger global economy. Demand is growing at a faster pace than at any time since the Global Financial Crisis. That’s great news after many years of stagnation. And, even more importantly, the industry is taking advantage of this momentum to accelerate much-needed process modernization and improve the value it provides to its many customers,” said Alexandre de Juniac, IATA’s Director General and CEO. All regions experienced positive freight growth in the first half of 2017. Carriers in Asia Pacific and Europe accounted for two-thirds of the increase in demand.

•North American carriers saw freight demand increase by 12.7% in June 2017 year-on-year and capacity increase by 3%. This contributed to strong growth in demand in the first half of 2017 of 9.3% in contrast to the negative growth seen during the same period in 2016. Capacity grew by 1.5% in the first half of 2017. Seasonally adjusted international volumes remain very strong, surging by an annualized rate of more than 30% in the second quarter. The strength of the US dollar continues to boost the inbound freight market but is keeping the export market under pressure.

•European airlines posted a 14.3% year-on-year increase in freight demand in June 2017 and a capacity rise of 6.1%. The healthy results helped boost cargo volumes for the first half of 2017 by 13.6%. The ongoing weakness of the Euro persists in boosting the performance of the European freight market which continues to benefit from strong export orders. Capacity in the region increased by 5.4% in the first half of 2017.

•Middle Eastern carriers’ freight volumes increased 3.7% year-on-year in June 2017 and capacity increased 2.2%. This contributed to an increase in demand in the first half of 2017 of 7.6%, well below the 10.8% average annual rate seen over the past five years. The slowdown in growth is mainly due to strong competition from carriers in other regions particularly on the Asia-Europe route rather than a significant decrease in demand which has continued to trend upwards at a solid rate of around 10% in annualized terms since early 2017. For the first time in 17 years the region’s share of total international freight flown in the first half of 2017 has fallen. Capacity in the region increased by 1.5% in the first half of 2017.

•Latin American airlines experienced a growth in demand of 9.8% in June 2017 compared to the same period in 2016 – the fastest since November 2010 – and an increase in capacity of 2.9%. June’s positive results contributed to the region posting a marginal increase in demand of 0.3% for the first half of 2017. However, seasonally adjusted international volumes remain 10% lower than at the peak in 2014. Capacity fell by 0.6% in the first half of 2017. The region continues to be blighted by weak economic and political conditions, particularly in its largest economy, Brazil.

•African carriers had the fastest growth in year-on-year freight volumes, up 31.6% in June 2017 and a capacity increase of 7.6%. This contributed to freight demand growing 25.9% in the first half of 2017 – the fastest of all regions. Demand has been boosted by very strong growth on the trade lanes to and from Asia which have increased by nearly 60% in the first five months of 2017. Capacity grew 11.2% in the first half of the year. Seasonally adjusted growth has levelled off in recent months; however growth is set to remain in double digits for the remainder of 2017.
View June air freight results (pdf)

International Air Transport Association
800 Place Victoria, P.O. Box 113 Montreal, Quebec, Canada H4Z 1M1.
About Us    |   Programs   |   Policy   |   Publications   |   Services   |   Training   |   Events   |   Pressroom
IMPORTANT PRIVACY INFORMATION: The International Air Transport Association (IATA) does not sell or rent your email address to any third party. You received this email message due to your membership, participation or interest in IATA. IATA sends various advertisements, promotions and special announcements regarding products and services that we feel may be of interest to you. You may manage your subscriptions and update your profile at any time.

During lock-down times, it is increasingly important to interact, which is exactly what SCN members are doing… 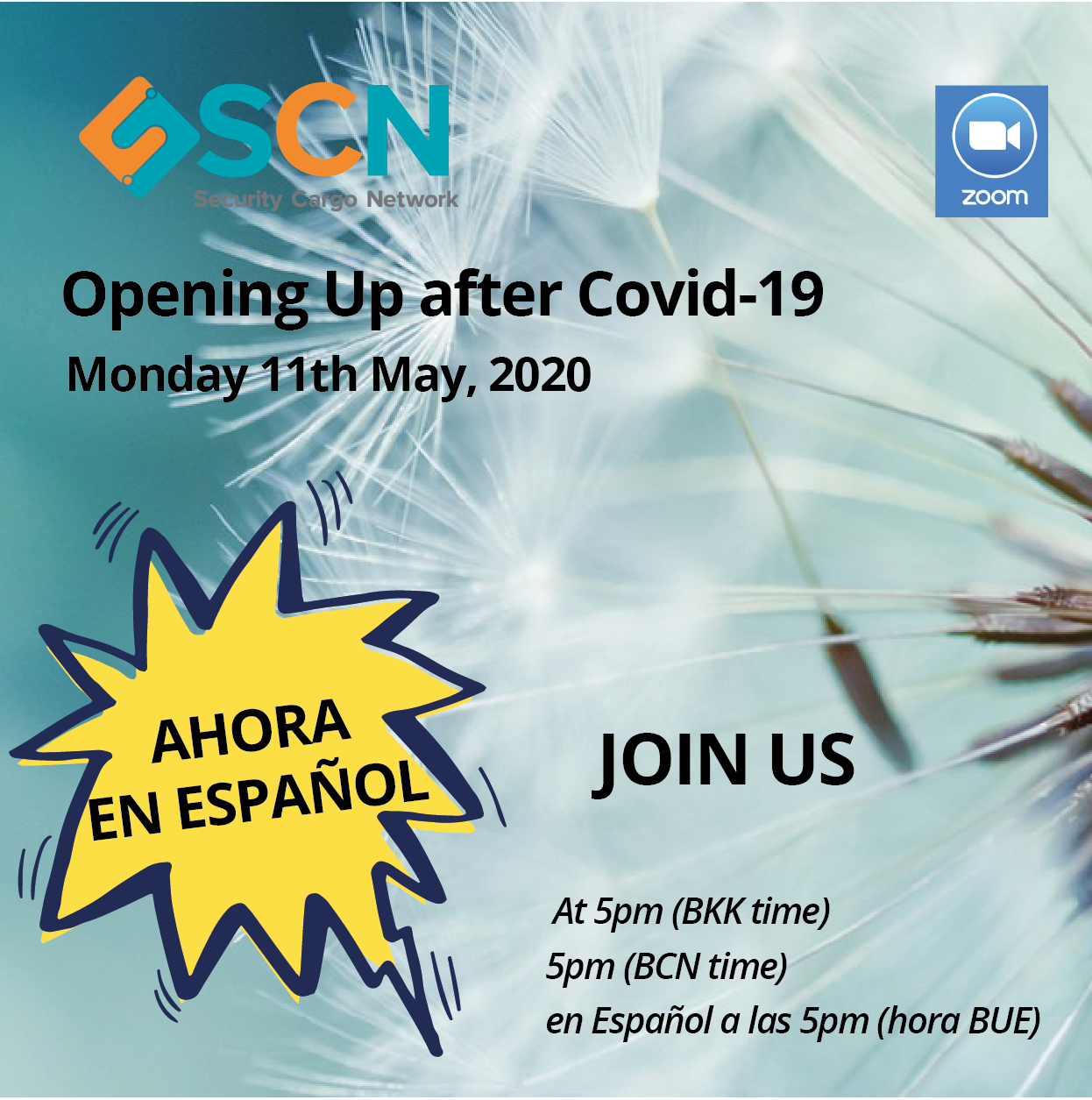 Following the continued success of our web meetings between SCN members around the world, please sign up for…

Following the success of our SCN CYBER MEETINGS where many members come along and share their ideas,… 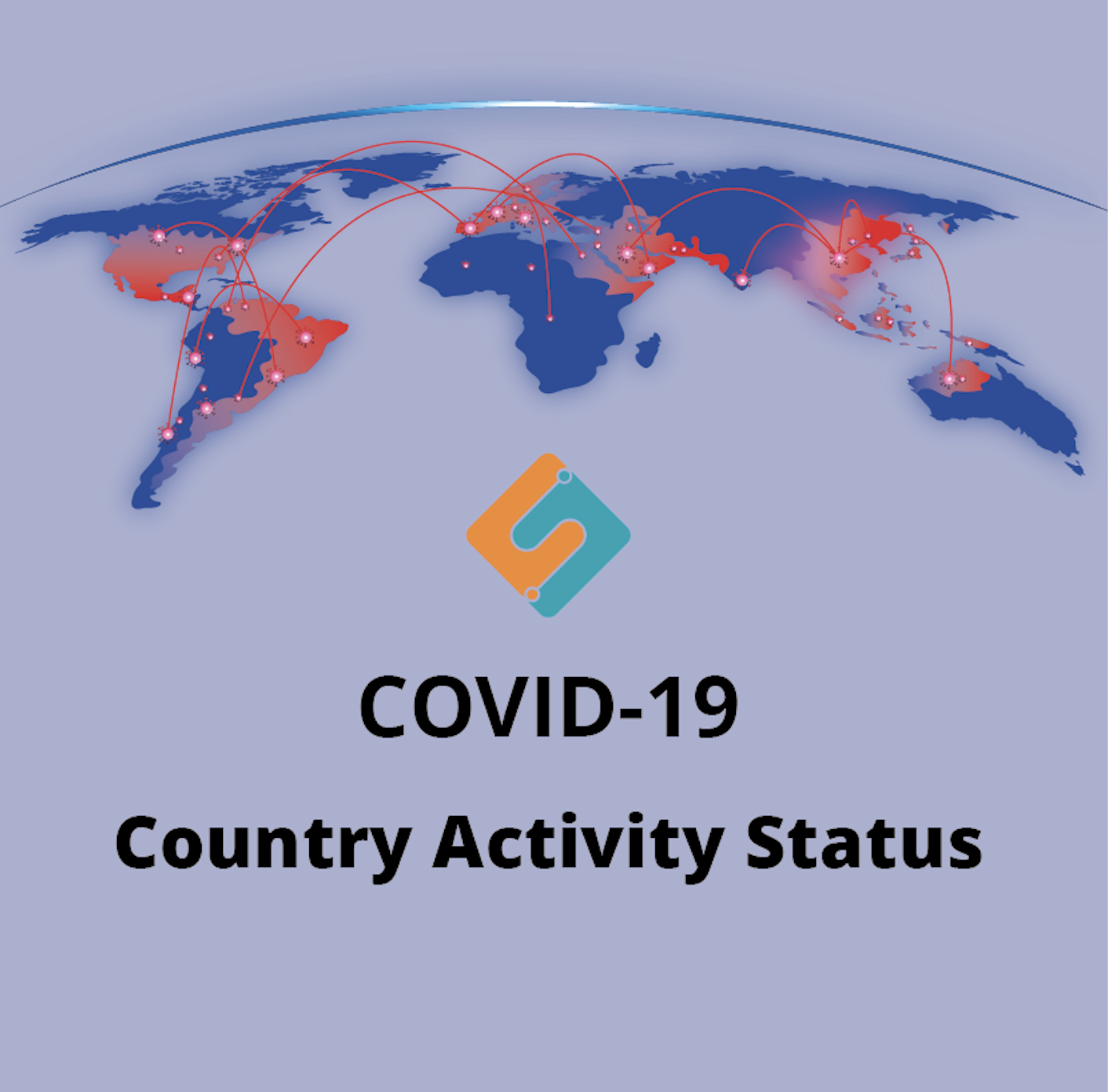